Most kids love the sticky, sweet Canadian goodness that is maple syrup. My kiddos certainly do. I always feel a little bad limiting their use of such a down to earth, delicious and nourishing natural food – and for some reason they never quite understood what all the fuss was about when we would say that it is pricey and to be used in moderation. Until they made their own; until they did the work of tapping trees, trekking out to do the daily bucket check and hauling the loot home, patiently boiling it down... to find that their several 4L milk jugs produced about 100ml of syrup! Ouch. 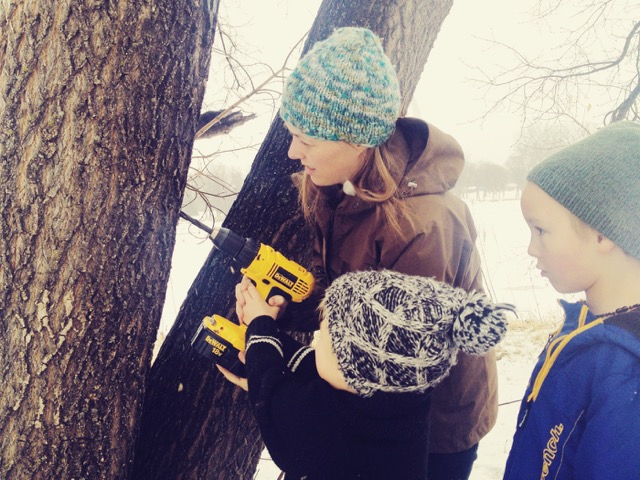 Tapping trees with kids is a really rewarding experience with so many valuable lessons. We learned together about identifying maple trees, how to drill in a tap, evaporation, and more. On a whole other level, we were schooled in patience, patience, patience; that the old adage "good things come to those who wait" has merit. It filled our kids up with the knowledge that they can be makers and providers as they teamed up with mother nature to create this decadent treat. 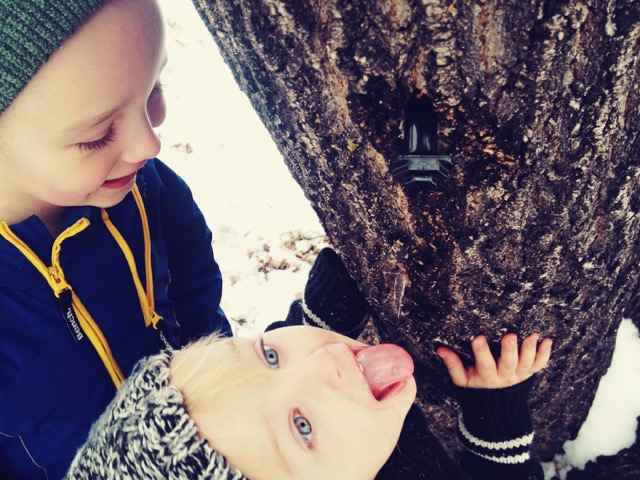 Are you ready to tackle some tree-tapping with your crew? Follow along with this tutorial by local tree expert Ken Fosty of Forestry Training Services in Manitoba. You can check out his website for more info on tapping, trees, and even growing your own mushrooms at home! Then head over to Tiny Peasant to grab a maple-themed children's book list for some cozy post-tree-checking story cuddles.

How to make your own maple syrup

When to start tapping

Trees that are at least 20 cm (eight inches) in diameter can be tapped in late March/early April when daytime temperatures are above freezing and night temperatures below freezing. 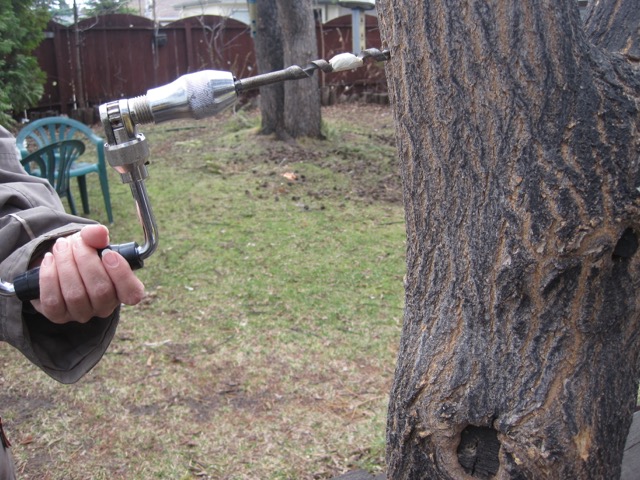 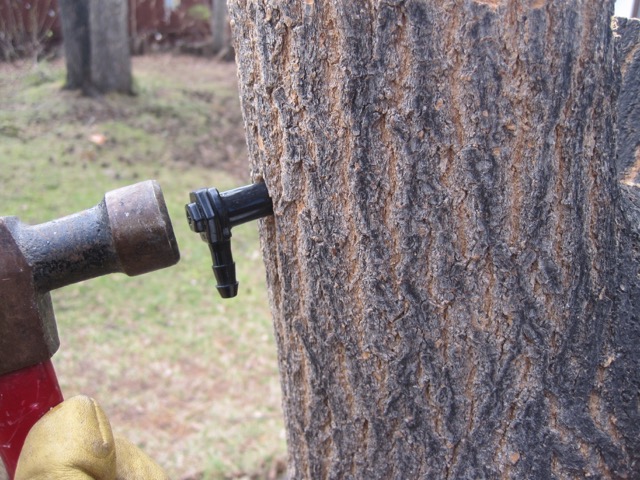 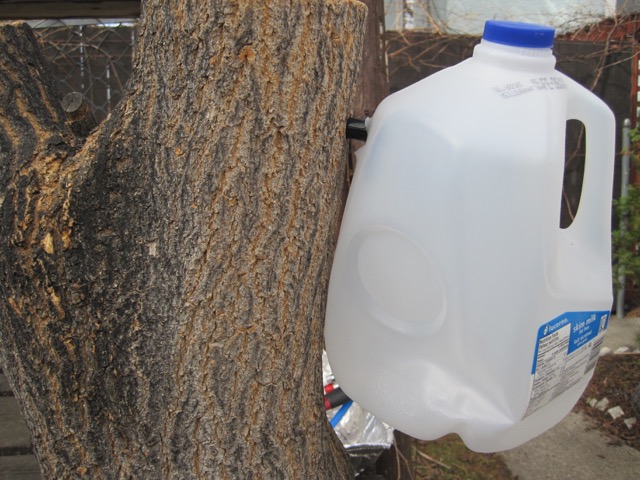 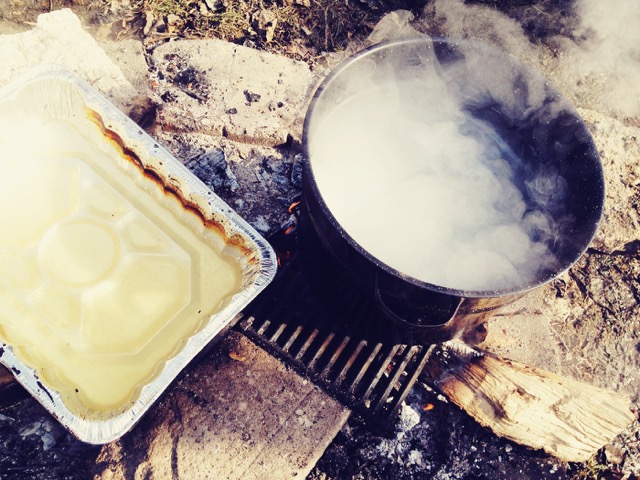 When to stop tapping